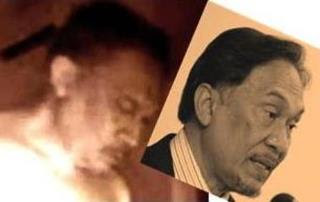 Economic crisis which hit a few countries in the Asian continent back in 1997 had left bad marks which still haunts those who were involved.

Thailand, Philippines, Indonesia and Malaysia were few of the countries which was first hit with such crisis due to attacks from financial criminal, George Soros during the middle of 1997.

By 1998, the effects began to show in most of the countries which were hit by the attacks. Economies were unstable and their currency value kept on plummeting.

In Indonesia, the life of its people were burdened with price hike on necessity items such a rice, oil, sugar, milk, fish, salt and egg.

Due to that, small protests were organized by students on streets which then turned big, demanding for changes in the country's administration which was then led by President Soeharto.

Famous Indonesian political leaders such as Gus Dur, Megawati, Amien Rais and Sri Sultan also joined the public to demand for a total reform in Indonesia.

Street demonstrations which was done peacefully then turned violent when university students began to clash with Indonesian authorities, causing fatalities and injuries.

Between March until May 1998, a few big riots occurred. Some of them include riots in Medan and Yogjakarta which began almost simultaneously from may 4 to May 8, 1998. A few died and public properties destroyed.

Almost a week later, Trisakti Tragedy then occurred almost as the same time with the incident of mass murder on Indonesian Tionghoa people from May 15 to 15, 1998.

Shopping centres, shops and houses of Tionghoas' were trespassed and burnt which girls were raped and killed. An estimated of thousands of lives were killed during the time.

Thousand others (Tionghoa) fled Indonesia to save themselves from the violence. The political change had proven that things did not turn out like how the public wanted to.

Despite of all that, reform movements which consist of political leaders and students kept on making assemblies around Surakarta, Medan, Bandung, Monas, Yogjakarta and Jakarta to push President Soeharto to resign.

By May 21, 1998, President Soeharto announced his resignation. His replacement, Prof. Bacharuddin Jusuf Habibie (BJ Habibie) took over even though he received various objections from students.

Although the fall of Soeharto was seen as a huge success from the street reform which was started by students, the change had then brought many challenges.

Clashes between ethnics and religion began to spark. Street demonstrations were still going on, murder and bombings kept on coming each month.

It seems that the peace and change that Indonesian wanted is just mere dream. Now, after 14 years, Indonesians seemed to agree that the reform had suffered a total failure.

Respect must be earned. A country are not more respected than the way they handle criminals and homosexuals. If the scumbags are allowed to dirty around free, the ruling party also will suffer. A god government must rule with a strong fisth, when dealing with this kind of scum.

1. Ban polygami. It's not suitable for Malaysia to allow this shit.
2. Clean up all crime and execute existing laws.
3. Handle homosexuality like Saudi Arabia do.
4. Give help to selfhelp to the poor so they will be engaged. They only need a push.
5. Implement capital punishment for corruption.

May be what anwar wants from his reform is to indirectly result in pushing out chinese and indian from malaysia.

... A very good article which could bring some thoughts and reminders to those who care to think. To those who love this lovely country of ours. To the warm blooded youngsters who enjoy the streets demonstrations. To the oppositions. To Anwar Ibrahim.

If ways are allowed to follow such footsteps such similar happenings could happen here. Or may be worst. Do we need that?.

... A very good article which could bring some thoughts and reminders to those who care to think. To those who love this lovely country of ours. To the warm blooded youngsters who enjoy the streets demonstrations. To the oppositions. To Anwar Ibrahim.

If ways are allowed to follow such footsteps such similar happenings could happen here. Or may be worst. Do we need that?.

painful stomach will find ways to relief the pain

so, just imagine how is it so easy for the West to make sure the NWO become a reality

transformer is all about innovation

reformer is just a slogan

transformers couldn't be bordered by the type of barrier as there is innate capability to overcome barrier by changing to a new self.