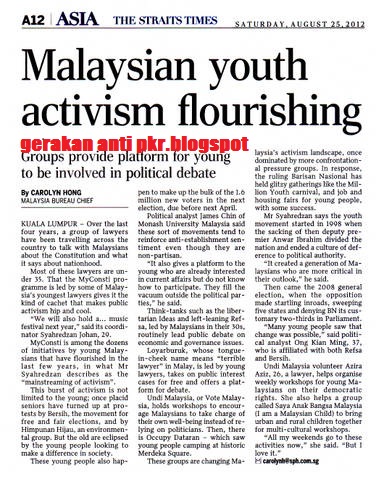 1.    Political analyst James Chin of Monash University Malaysia supported the programme held by MyConsti – the anti-establishment sentiments from a group of lawyers under 35 years old. 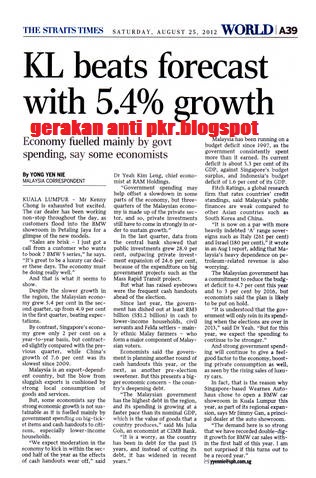 1.    Some local economists complained that government spending on big ticket items and cash handouts to lower-income households, civil servants and Felda settlers and another pre-election sweeteners could pose a bigger concern for the country’s deepening debt.

2.    Journalist Yong Yen Nie from Malaysia Correspondent should be cautious if the sources that she dug out from Fitch Ratings, a global research firm gave incorrect information about Malaysian economy.

3.    Also mark the abrupt statement of wishful thinking by Ms Julia Goh, from CIMB Bank. She should not expose irrrelevant negative information to this myopic journalist who was greedy to defame the present government.

YYN mentioned Felda Malay farmers -- who formed a major component of Malaysian voters, clearly showed that she chose race as her points of disagreement with the government. She had displayed a feeling of displeasure when financial aids were given particularly to Malays.

This is another tactic from an anti-government media giving a  negative impression about Malaysian economy to help increase voters swing to opposition in the coming GE 13.
H.S.
Posted by GAP KEMBALI at 7:36 PM