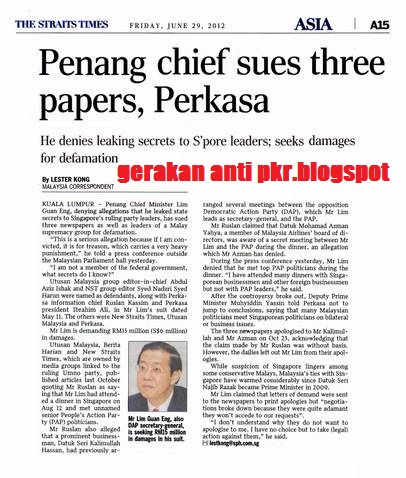 I would like to bring up a story that symbolizes one’s character.

A farmer had three workers in his rice farm. Everyday his workers must report to plough his land from dawn of the day without fail. One day, he found out that his workers came to start their work late when the sun started to rise. The farmer was very furious.

When he lined them up to dig out for a reason, the workers told him that they were struck with diarrhoea and they were lacked of sleep. So the farmer demanded them to apologize. But the workers refused to listen to the farmer’s nasty demand, whereas to the thoughts of the workers, the farmers in fact should show them some feelings of understanding for their sufferings. Hence, out of tantrum, the farmer summoned each of them to his detention room, took a big thick iron chain and whipped each of the workers at a time.

This kind of reaction by the farmer shows that he punished them out of fury with his utter senseless revenge to teach his worker a lesson. He is merciless, revengeful, malicious and a numbskull idiot.

Think of the mentality of the farmer as described above; compare his character with Lim Guan Eng. Can we please have some discussion about the character of this villainous politician?

1. Lim Guan Eng spoke to the press that he is innocent from the accusation of treason is just a ‘faded, inconspicuous escape from public’s suspicion against him’.
2. His resolution to sue the two pro-UMNO media and Perkasa cief information Ruslan Kassim was a display of his nasty, vindictive thinking. He indirectly abuses his power as a chief minister. A notorious, villainous politician’s mentality can be read by any logic reader who can interpret that he is the kind of oppressive chief minister.
Just like mentor LKY in Singapore before, this middle-age crook LGE seems to copy the old guard’s nasty resolution. He enjoys suing his opposition parties for millions of dollars, and when the defendants cannot afford to pay the summons, they finally fall into the state of bankruptcies. This is what LGE plans in his sickening, loathsome decision-making.
3. Lim Guan Eng is consumed with his strong hatred vengeance against UMNO. Lim Guan Eng does not sue the editors for clearing his reputation, but he wants to apply the toughest pressure to the editors and Perkasa chief Ruslan Kassim out of his utter revenge against Perkasa. He has harboured his revenge against Perkasa and UMNO for a long time, and he is waiting for a suitable time to strike them. He thinks he can jump for joy when his motive succeeds, if the court judges on his side, he thinks he can enjoy his comfort. He believes he can show his sinister smiles to the press, especially Singapore Straits Times and all his secret confidential business allies in Singapore, as well as Master L…. an old ragged mentor politician in the southern. He thinks he can show his peacock pride when the editors group loose in his suing case.
4. He had said so many times all his hostilities against UMNO in the media. He created lies and fearful scenarios to the Chinese voters to add more fears, worrying about economic situations to the young people in future should UMNO continue governing Malaysia. He ever told his supporters that should UMNO win in Penang, UMNO would demolish all the temples in Penang. All he wanted to propagate is UMNO will reign with tyranny government to the Chinese. He is such a dead racist politician.
5. In reality, UMNO is not that wicked as he painted. UMNO is the most tolerant political party that promote racial, and religious-cum culture harmony throughout the whole Malaysia. UMNO is well-known of the privileges for all Malaysians.
6. He bullied the lower-income group during his tenure until now, especially the UMNO supporters just like what happened in Singapore almost five decades ago when LKY began to rule Singapore. It was a pity that the Malays in Penang were discriminated and left to defend for themselves without much help.
7. He led the anti-Lynas supporters with his provoking and fiery speech to the DAP supporters in the rally. Anwar is another master mind idiotic brain-dead who provoked and misled Fuckatan Rakyat supporters into Himpunan Hijau demonstration.
8. Lim Guan Eng is indeed a racist opposition leader who is blindly supported by his other pro-communist comrades in his Fuckatan Rakyat.

Lim Guan Eng denied that he had a secret meeting with PAP leaders.

He said he had nothing to do with leaking any secret to PAP.

LGE could have learnt the strategic blue print from Mentor LKY how to:

• break apart the strength of UMNO.
• encourage Malay supporters to abandon and betray UMNO party
• lure the Malays in his state to join his DAP party
• hijack the Malay elites into unity with DAP
• win favours from the Malays by psychological means
• keep sensitive agenda secret from the Malays

It was LKY at the time of commencing his PAP government in Singapore who managed to eliminate many Malays abandoning PKMS (Pertubuhan Kesatuan Melayu Singapura). PKMS was a legacy left by UMNO before Singapore merged with Malaysia. Now the party is still going but becomes like withered vegetables because they have been abandoned by credible Malays who prefer to join PAP as what mostly Malays hold strong convictions that their social-economy and education achievement are better guaranteed by the present government.

Perhaps DPM Muhyiddin Yassin is unaware of his opposition’s tactic, he should not be so oblivious of many perpetrators around the country.
He said many politicians met Singaporean politicians on bilateral or business issues, however, make sure there is no abuse of power agenda is hidden behind the curtain.

We Malays should not be lenient to Fuckatan Rakyat.