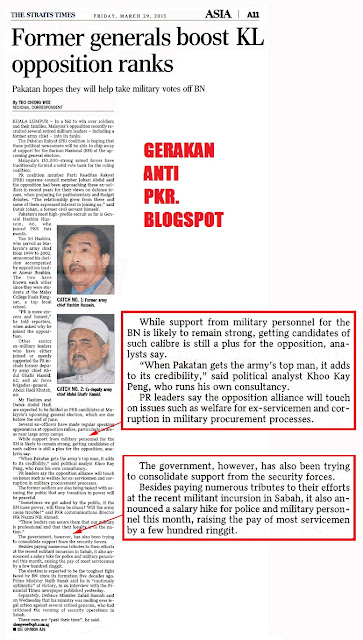 
First is former general Hashim Hussein, 66 years old joined PKR in March. He served as deputy army chief, from 1992 to 2002.


These are three born losers’ military leaders reckon to be going through the process of decaying brain cells while fighting psychologically and mentally against present challenges. Instead of tenaciously defending their country, they seek for relieve with PKR leadership for their conflicts of interest.

The ex high ranking military men are now obsolete.outdated.good to be ST Spore editors. or advisors to Spore army.

Please do not refer them as 3 losers only, but 3 stooges.