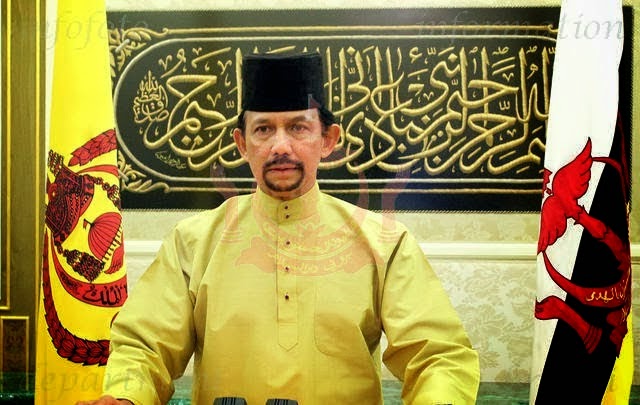 ....The law, which is being phased in as of last Thursday, replaces the maximum ten-year prison sentence for homosexuality with death by stoning in the Islamic state.

Celebrities including Stephen Fry, Ellen DeGeneres and Sharon Osbourne have urged for companies to boycott the Dorchester Collection luxury hotel chain, owned by the Sultan of Brunei.
Branson has now added his voice to the calls, announcing a Virgin-wide boycott of the luxury hotel chain, which will take effect across his business empire.

He said: “No Virgin employee, nor our family, will stay at Dorchester Hotels until the Sultan abides by basic human rights.”

Earlier this year, the Virgin boss lobbied with business leaders against Uganda and Nigeria over anti-gay laws, and he also backed the Out4Marriage campaign in 2012.

Yesterday, the president of the Human Rights Campaign wrote to every group that is due to hold an event at the Dorchester Collection’s LA hotels, Hotel Bel-Air and the Beverly Hills Hotel, encouraging them to take their business elsewhere.

Brunei is one of eight countries in the world that maintains the death penalty for homosexuality.

The Sultan and I Broke His Sharia Law

On Tuesday, I was greeted by a familiar face when I read through the morning’s news: the sultan of Brunei. He looks older now than when I knew him, of course, his face doughier and more careworn.

When I was still a teenager, I was the mistress of the sultan’s brother, the prince of Brunei. My usual stance is that they weren’t bad guys, really. Just human and impossibly rich. I have often wondered what I would have done in their place, given all the power and money in the world. I’ve never come up with a satisfactory answer.

Now the sultan is making headlines for implementing Sharia law in Brunei, including a new penal code that includes stoning to death for adultery, cutting off limbs for theft, and flogging for violations such as abortion, alcohol consumption, and homosexuality. There’s also capital punishment for rape and sodomy.

I am no expert in international human rights. My only qualification in commenting on this issue is that one drunken evening in the early ’90s, the sultan and I committed at least two of the aforementioned offenses as we looked down on the lights of Kuala Lumpur from a penthouse suite.

Let me back up a bit.

I had barely turned 18 when I found myself at a “casting call” at the Ritz-Carlton in New York for what I was told would be a position at a nightclub in Singapore. When I got the job, I learned that the job wasn’t in Singapore at all. Instead, it was an invitation to be the personal guest of the notorious playboy Prince Jefri Bolkiah, the youngest brother of the sultan of Brunei. At the time, the sultan was the wealthiest man in the world. I was a wild child consumed with wanderlust. I was hardly an innocent, but I was—when I accepted the invitation—very, very young.

When I arrived in Brunei, I found out that the prince threw lavish parties every night, in a palace with Picassos in the bathrooms and carpets woven through with real gold. At these parties there was drinking (which was not legal in public), dancing, some fairly hilarious karaoke, and, most important, women—about 30 or 40 beauties from all over the world, comprising a harem of sorts.

The prince was rakish and clever and yes, even charming at times. I spent the next year and some change as his girlfriend. For a time, it was an adventure both glamorous and exciting. It was also lonely and demoralizing, and full of constant low-grade humiliations, including being given to the prince’s brother as a gift (see: the Kuala Lumpur hotel suite). Although I was by no means a prisoner, I wasn’t free to come and go as I pleased. By the end of my time there, I felt 10 years older and still not wise enough. It took me a long time to regain my footing, though I did find my way eventually. My struggles were internal and they were my own. In this context, they were a privilege.

Stoning is practiced or authorized by law in 15 countries now. It is disproportionally applied as a punishment for women, often as a penalty for adultery. Human rights groups, including Amnesty International and Human Rights Watch, consider it cruel and unusual punishment and torture. According to the international rights organization Women Living Under Muslim Law, stoning “is one of the most brutal forms of violence perpetrated against women in order to control and punish their sexuality and basic freedoms.”

And yet it is the privilege of the prince and the sultan to misbehave. The picaresque escapades and legendary extravagances of the brothers are indulged with a collective wink. For everyone else residing within Brunei’s borders, Muslim and non-Muslim alike, freedoms are curtailed, and those limitations now are potentially enforced by brutal violence.

Cast stones at me if you will for my past improprieties—plenty have. Of course, those stones will be metaphorical. As the citizen of a free society, it is my right to transgress, as long as I don’t break any laws or impinge on the freedom of others. It’s my prerogative to sleep with all the princes I damn well feel like. I live with my choices.

As the citizens of Brunei face the erosion of their rights, I imagine the man I once knew, holed up in a posh hotel suite somewhere, maybe with another American teenager in his lap, making laws that legislate morality